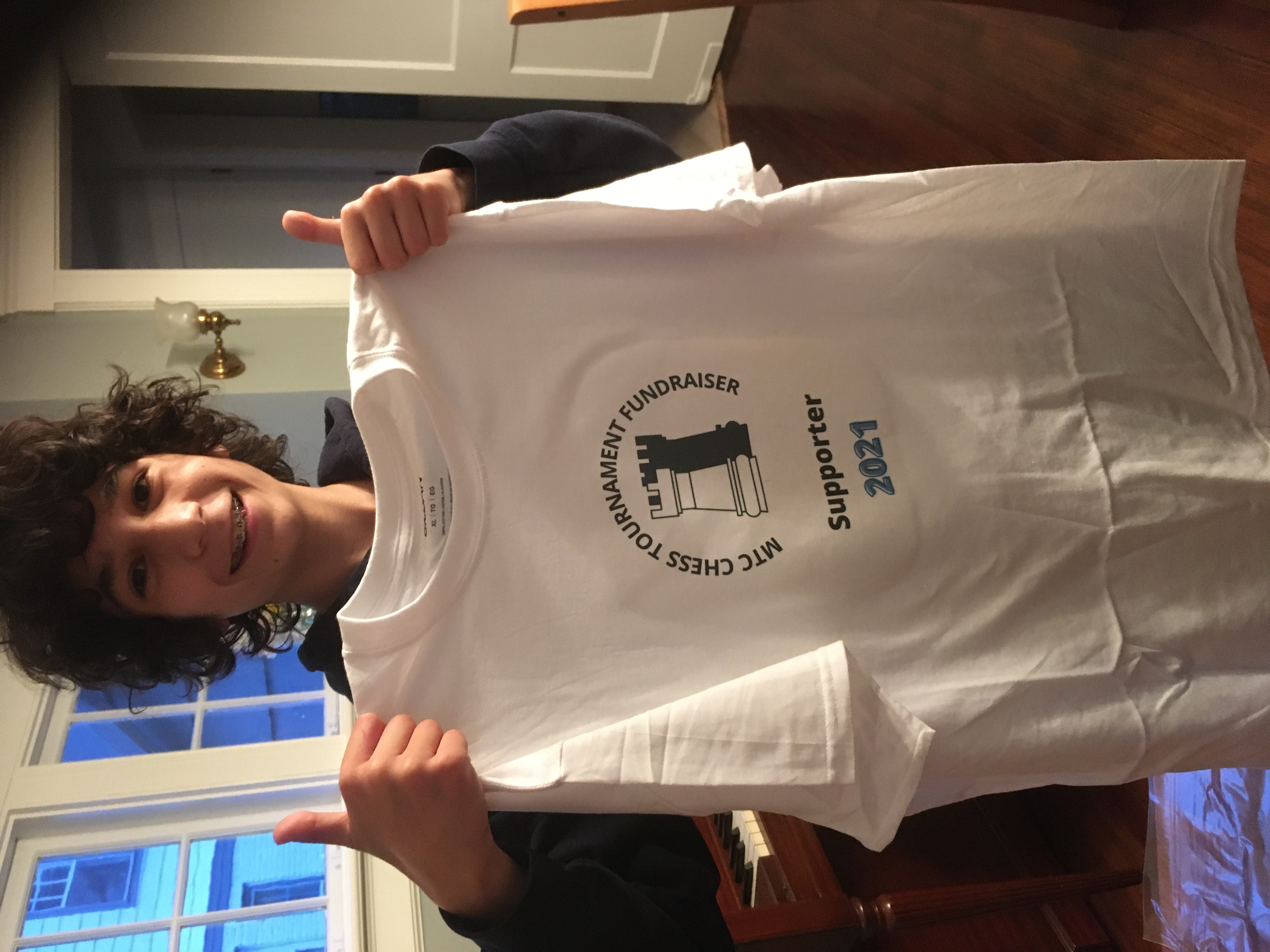 Our community has brought so much energy and creativity to help Toni’s Kitchen meet food need during the Covid pandemic.  We’re especially in awe of the many young people who have done so much amazing work to help Toni’s.

Recently, a young man from Montclair named Charles Moroze combined his love of chess and his desire to help our community by putting together a unique fundraiser for Toni’s.

Charles is a student at Montclair High School and decided to create a virtual chess tournament to raise money.  He put in a lot of work into getting the event ready.

“I spent probably around 20 hours writing up the documents, doing outreach work, going around selling t-shirts for publicizing it, working with partners, working with the school and trying to get it school-approved, and getting it on Google classroom pages, communicating with parents on Facebook,” Charles said.

Players paid an entry fee of $10.00, which was donated to Toni’s.  Charles also put a lot of work into giving people incentives to participate.  “I contributed a personal donation for various gift cards to different local businesses as the prize,” he said.  “I also matched 10 cents per game played as an incentive to spark participation in the tournament.”

The tournament attracted more than 20 players.  Players played matches and earned points for wins depending on the rating of their opponents.  The top three winners received prizes.  Second and third place finishers won t-shirts personally designed by Charles.  And the overall winner won a champion t-shirt as well as the gift cards that Charles purchased.

Overall, the tournament raised more than $1,050 for Toni’s.  Charles got a tour of Toni’s Kitchen after the fundraiser.  “It was really nice to see where the money’s going and how much of an impact it’s going to have,” Charles said.  “I just found it incredible that (Toni’s) is able to pull together and distribute so much food and help out the community.”

And we think Charles is pretty incredible for doing such a fantastic job to help our neighbors in need.  Thank you Charles!